Microsoft and RPA: What Customers Should Know

Grand View Research, an international market research and consulting company, reports that the RPA market, valued at $1.1bn in 2019, is expected to reach $10.7bn by 2027, expanding at a CAGR of 33.6%, making it the fastest growing enterprise technology.

Microsoft’s Entry into the RPA Market

At Ignite 2019 in Orlando, Microsoft announced a number of updates to its prestigious Power Platform. And as a Microsoft Gold Partner, we couldn’t be more excited.

The company renamed Microsoft Flow as Power Automate and added several RPA features to Power Automate. With this development, Microsoft officially entered the RPA market and offered a comprehensive RPA technology for its customers. Since then, Microsoft has made several updates to the tool.

Additionally, by acquiring Softomotive, a London-based RPA provider, in May 2020, Microsoft has enhanced the capabilities of Power Automate to further democratize RPA and make RPA desktop authoring easier, at highly affordable pricing.

Together with Power Automate, WinAutomation will provide customers additional options for RPA desktop authoring so anyone can build a bot and automate Windows-based tasks

Through Power Automate, Microsoft envisions to democratize automation based on a highly flexible user interface. This would let any employee, regardless of their technical proficiency, to automate their tasks without needing any developer for coding and thereby simplifying their workflows in a scalable, secure, and compliant way. According to Charles Lamana, Power Automate enables anyone to become a RPA bot developer in a matter of minutes.

Ingram Micro, one of the world’s largest distributors of IT products, uses Microsoft’s Power Automate at an enterprise-level to improve and automate workflows spanning multiple systems and functions from event management and onboarding to credit management and transport management. According to Jim Annes, VP-Operations and Transformations at Ingram Micro, Power Automate has helped modernize Ingram Micro by improving the customer and internal associate experience, and at a much faster rate, with 75% of Power Automate projects completed in less than 30 days.

Capabilities and Benefits of Power Automate

Power Automate provides end-to-end automation across both on-premise and cloud systems. Some of its key capabilities include:

Intelligent Data understanding: In addition to understanding structured data, the solution also captures unstructured data from paper and email based invoices, images, videos etc. From there, this data can also be integrated with other applications. The solution’s AI Builder capability also enables users to parse analog data.

Connect with 300+ enterprise apps: Microsoft provides more than 300 connectors out-of-the box to connect workflows and access information from hundreds of on-premise or cloud apps and databases. This will bring your data together and provide a single source of truth.

RPA connects legacy systems: Legacy systems are usually too old to support modern APIs. With the UI flows feature in Power Automate, users can create automated workflows in these applications by recording manual tasks such as mouse clicks, keyboard inputs, and data entry, and then automate the replay of these steps to integrate with more complex process automations.

Low-code development: Business users can build intelligent and automated workflows for their specific needs with point-and-click simplicity and without relying on IT or developer teams.

According to a study conducted by Forrester Consulting, customers using Power Automate are experiencing the following benefits:

When both these technologies are leveraged synergistically you can automatically perform complex operations through natural language commands. You can design intelligent  workflows where based on users’ request, chatbots can trigger an action in the needed backend application and perform tasks on their behalf.

By injecting RPA with cognitive technologies such as chatbots, machine learning, speech recognition, and Natural Language Processing to automate higher-order tasks that in the past required human judgement and perception.

There are two types of licensing and pricing models for Power Automate:

RPA isn’t just a passing fad, but a critical strategic investment that many businesses are making. And Microsoft’s entry into the market is a testament to this fact. In the coming few months, we can expect several new updates to the Power Automate technology. Microsoft customers who’re looking to have a significant competitive edge in the market and reduce operational costs should consider implementing Power Automate.

If you’re planning to deploy Power Automate in your organization or interested to learn more about this topic, please feel free to get in touch with one of our Microsoft and Power Platform Experts for a personalized consultation.

Jagan Jami is the COO @ Acuvate Software. He heads the delivery unit at Acuvate which had delivered 100+ intranets to companies across the globe. Jagan has been working with global CIOs and other business heads and consulted them on Intranet evolution and current trends. 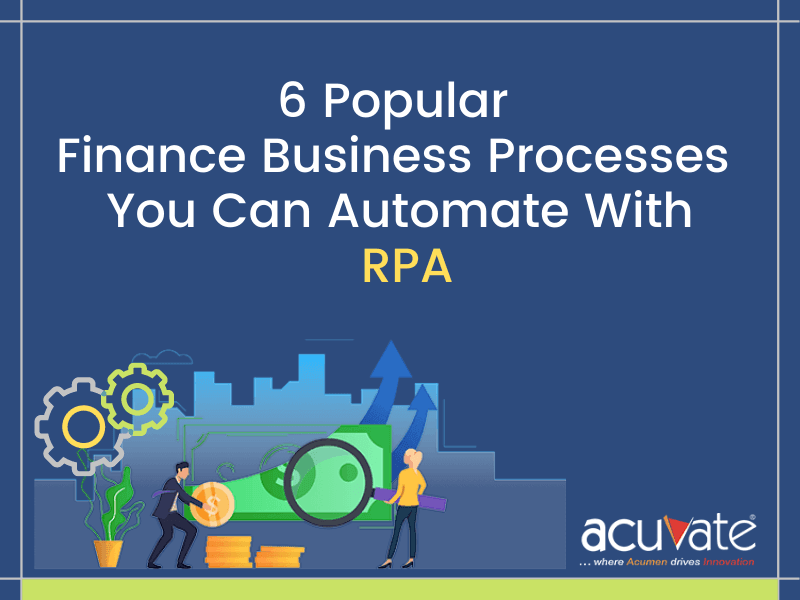