All About Microsoft BI – Options, Objectives And Licensing

All About Microsoft BI – Options, Objectives And Licensing 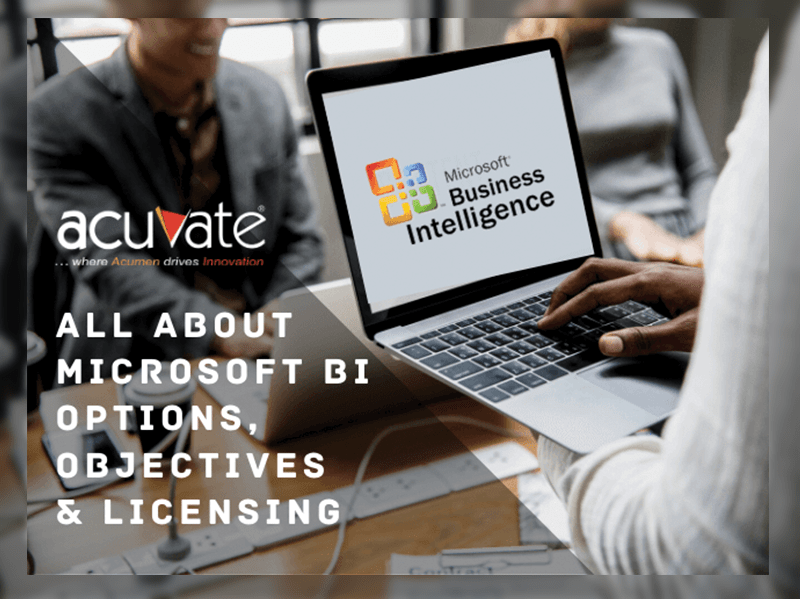 At Acuvate we have been having discussions with many customers about the Microsoft BI system. There are two main aspects which comes in this conversation.

1. I thought SQL Server is a Database, Is the ETL Component – SSIS a separate product which I need to buy? What exactly is the MS BI Landscape and Tools?

2. There are many reporting tools SQL Server Reporting Services, Power BI, Power Pivot, Data Zen etc. When do I use what and how is it licensed.

The way this question is best answered is through a System Architecture View. Let us now try and understand the system view.

The diagram mentioned above constitutes the entire Microsoft BI eco system. Some of these tools are part of the SQL Server standard and some of these come with the enterprise edition of SQL Server and some are separate components altogether. The eco systems can be divided into four separate layers. 1. ETL Layer 2. Warehouse Layer 3. OLAP Layer 4. Reporting Layer Let me explain these layers in a little more detail.

This is the layer which extracts the data from the LOB systems in the organization like the ERP, CRM, SAP, Oracle Fusion, Dynamics, and Salesforce etc. and transforms the data by applying business rules if any and loading the data into the data warehouse and the SQL Component which covers this is called SQL Server Integration Services.

This is the layer where we store data in a dimensional mode, which means data is split into dimensions and fact tables (Star or Snowflake schema based on business rules). The SQL Component which covers this is called SQL Relational Database Engine.

This is the analytics layer which pre-aggregates the data and stores it for faster fetching of data. The SQL component which covers this are called SQL Server Analysis Services and comes in two modes a Tabular Model which is an In Memory module with data loaded in Memory for faster access and the other is a multidimensional OLAP (MOLAP) model where the data is stored in disk.

The Reporting layer which consists of components like Power BI, Data Zen, SQL Server Reporting Services, PowerPivot\View on Excel can directly read from the source systems.
When do I get what and how will I get charged for is a question which comes to our mind. There are two main components to be bought.

It is also possible that ETL workload is so huge when in Terabytes that 16 Cores is utilized by one server with the relational database engine and you will need to additionally buy more SQL Server Core Licenses for other components such as SSIS, SSAS, SSRS.

Hopefully this blog addresses your confusion on what constitutes a Microsoft BI ECO system and when do you use what? Well some of our customers have really understood it and liked it, if you need a deeper understanding, consultation on your BI tools, Road map, strategy or implementation connect with our experts. 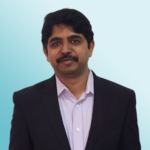 Hemanth comes from a strong technology and consulting background and was instrumental in establishing the Data & AI practice at Acuvate. He has proven mettle in CPG & Manufacturing domain. Currently leading the North America business for Acuvate with a primary focus on Business Development and team building – centered around a core belief on Accelerating customers Digital transformation with AI.

All author posts
YOU MAY ALSO LIKE Related Posts